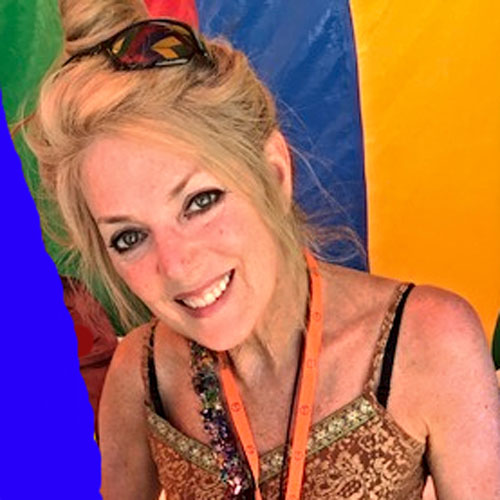 Bonnie B got the nickname YogiBon after her 2005 Kundalini Yoga certification at the esteemed Yoga West in Los Angeles, under the esteemed tutelage of Guru Singh, Guru Meher, Guru Dhan and Guru Prem and the other master teachers who studied with Yogi Bhajan.

She took her first yoga class as a kid in Burlington, Iowa, on a recommendation from her mother, who used to study yoga while the family lived in Vienna, Austria. Though never very flexible in her hatha yoga classes, she stayed with it on and off and ultimately found a true teacher in Sri Dharma Mittra when she moved to New York City.