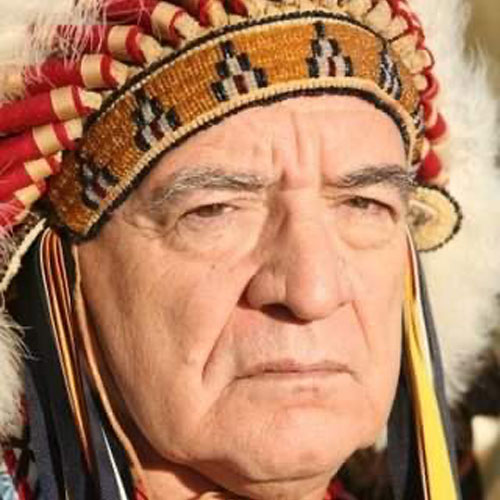 Hereditary Chief Phil Lane Jr. Hereditary Chief Phil Lane Jr. is an enrolled member of the Ihanktonwan Dakota and Chickasaw Nations and is an internationally recognized leader in human, community, and economic development. During the past 50 years, Chief Lane has worked with Indigenous Peoples from the Americas, Micronesia, South East Asia, China, India, Bhutan, Hawaii, and Africa. He served 16 years as an Associate Professor at the Faculty of Education at the University of Lethbridge, Alberta, Canada (1980-1996). In 1982, Chief Lane founded the Four Worlds International Institute (FWII). As well, Phil is Chairman of Four Directions International and Compassion Games International. Chief Lane has been the recipient of multiple awards and recognitions. He was the first indigenous person to win the prestigious Windstar Award, presented annually on behalf of the late John Denver and the Windstar Foundation. In 2000, he received the Year 2000 Award for Freedom and Human Rights given by the Swiss Foundation. In 2008, Chief Lane received the Ally Award presented by the Center for Healing Racism for his dedicated work, for more than 19 years, as one of the key Indigenous leaders in the resolution of Canada's Residential School issue, which involved the sexual, physical, cultural, psychological, and emotional abuse of thousands of Aboriginal children in Canada. On August 15, 1992 in recognition of his hereditary lineage of leadership and longtime service to Indigenous Peoples and the Human Family, Indigenous Elders from across North America recognized Phil as a Hereditary Chief of the Hinhan Wicasa and Deloria Tiospaye's of the Ihanktonwan Dakota, through a Traditional Headdress Ceremony. Chief Phil works both global and locally. He currently serves as a member of the American Indian Science and Engineering Society (AISES), Council of Elders. He is host of the Shift Network’s Global Indigenous Wisdom Summits. As well, Chief Lane is an Honorary International Advisor to the Help Foundation of Beijing Women and. Family Foundation.

We would appreciate any contributions large or small in helping us continue to produce our community initiatives.

Please visit our profile on GuideStar