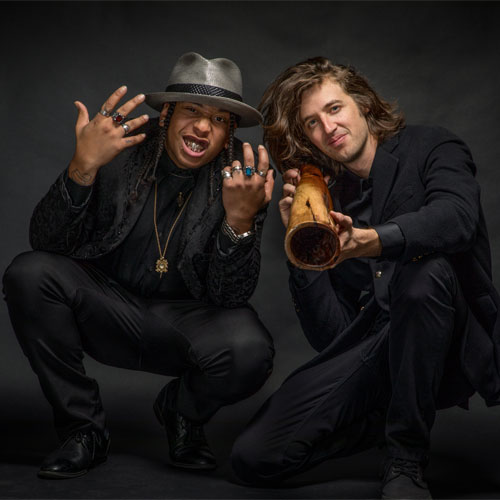 Gorangutang is the musical collaboration of Tra’zae Lewis Clinton and William Thoren. The genre bending duo is a hybrid of musical styles centered around hip hop, funk and didgeridoo.

Tra’zae is a rapper, multi-instrumentalist and prolific producer. He is the grandson of funk legend George Clinton and learned to rhyme before he could speak. William is an LA based didgeridoo performer and crafter. He is best known for developing the multidrone didgeridoo, which expands the instrument’s playable range to work more dynamically with western tuned instruments.

They first met in Berlin, Germany while on tour with George Clinton and Parliament Funkadelic. William started playing didgeridoo back stage and Tra’zae spontaneously jumped in, rapping over his playing. This hybrid sound was the birth of Gorangutang.