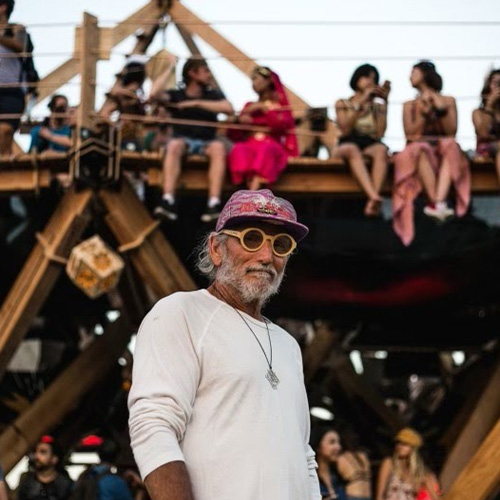 Gregg Fleishman is an architect, artist and inventor who works with structure and geometry. A Los Angeles native, Fleishman earned his architectural degree at the University of Southern California. His SCULPT C H A I R S are included in the collections of the Museum of Modern Art (NY), Yale University Art Gallery, and the Art Institute of Chicago.

Fleishman now mostly works in structures distilled out of a 3-D checkerboard of cubes. With  integral slots and notches there are no screws or fasteners in his CNC router cut wood structures.

The largest example of this work so far was the temple at Burning Man in 2013 which was a pyramid six stories tall.

Largely influenced by his early work experience in the construction industry, Fleishman's mission is to continue to make building better.