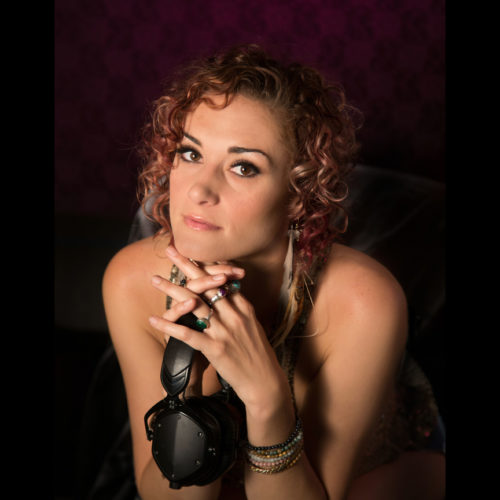 Jamie Schwabl is a music lover, DJ and producer. She encompasses many different elements in her sound. Jamie’s upbeat, vivacious presence is contagious to all.

Born and raised in Southern California, she developed her passion for performing at an early age. Jamie’s unique sound comes from adhering to many different tastes and styles of music throughout her life and found her groove as a DJ in blending many different genres of electronic music. Diving into the world of production, Jamie enrolled in Los Angeles’ School of Audio Engineering in 2010. She continued to learn and grow by connecting with people who inspired her to master her craft. She formed Om Phonic, a production project with a friend, releasing tracks that were signed to German label, Shoes Bags and Boys. Later, Jamie made waves when she partnered up and formed the record label Wülfpack.

Jamie’s mastery at the decks is matched by her passion as a Reiki master. For Jamie, music is a tool for healing and elevating one’s vibration. She embodies her energy work into her sets using the crowds spirit as momentum. The music scene has been calling out for Jamie’s boldness and enthusiasm. Her passionate vibrations go beyond the dance floor as they are felt through her productions and in every personal interaction. She inspires all of her friends and fans to be present, persevere and follow your BLISS.

Jamie Schwabl’s musical journey will continue to pave her own path in the world. With no signs of slowing down, Jamie will inspire and influence those around her feel good vibes.