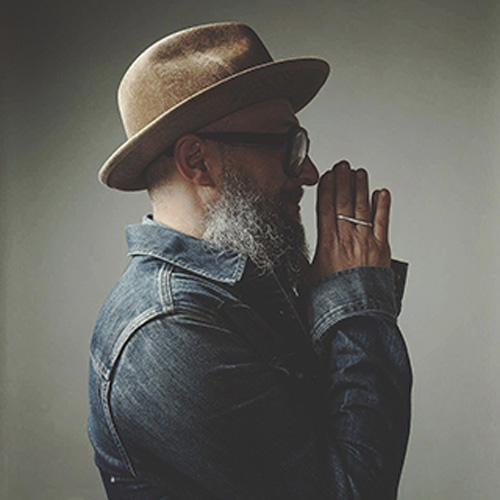 Jeremy Sole is on a mission to show how music is a singular universal language, and that each culture’s rhythms and melodies are no more than slang--different accents of the same mother tongue. His DJ sets, remixes and original compositions juxtapose world sounds and experimental beats into a sonic ritual - a celebration of life out loud.

Jeremy has had the honor of sharing the stage and recording in the studio with hundreds of his inspirations, including Roy Ayers, Tony Allen, Gil Scott-Heron, Seu Jorge, Fat Freddy's Drop, Parliament, Lee Scratch Perry, Quantic and many more. Gilles Peterson (BBC Radio1), widely known as the most influential tastemaker of our generation, named Sole as "#2 DJ OF THE YEAR 2011" as well as "RADIO SHOW OF THE YEAR 2014". In January 2017, Peterson expanded his award winning "Worldwide FM" radio to feature an ongoing series from around the world, and hired Sole to host, mix, and produce the weekly L.A. show. Sole's DJ performance at Coachella 2012 played a large part in further embedding his name as a pioneer in the burgeoning "Global Bass" scene. This, by no means, defines his sound nor his "scene". He remains a free agent - moving fluidly between any and all cliques that appreciate good music.

As Co-Founder and resident deejay of "Afro Funké", Sole and his partners drew a loyal crowd every week for 15 years. This was his arena for Afrobeat, Latin, Brazilian, Indian, Jamaican and other authentic and remixed world rhythms. Hundreds of international guests joined them over the years, from deejays Rich Medina and Cut Chemist to impromptu jam sessions with Zap Mama and Stevie Wonder.

Sole was the last DJ to open for Ray Charles, deejayed for Sly Stone's birthday party, was guest DJ at the legendary Low End Theory with James Blake, and had the distinct honor of mixing at the California Democratic Party's Election Night Celebration - performing for over 10,000 people at the exact moment when Barack Obama officially became the 44th President. In 2015, Ninja Tune recording artist Bonobo became a fan of this deep and wildly eclectic sound and booked Sole as the opening act for three of his North American tours.

In 2007 Sole was asked to join what New York Times dubbed the "most influential radio station in the country," and after 14 years, you can still tune in to his show on 89.9fm KCRW or stream it worldwide via www.kcrw.com.