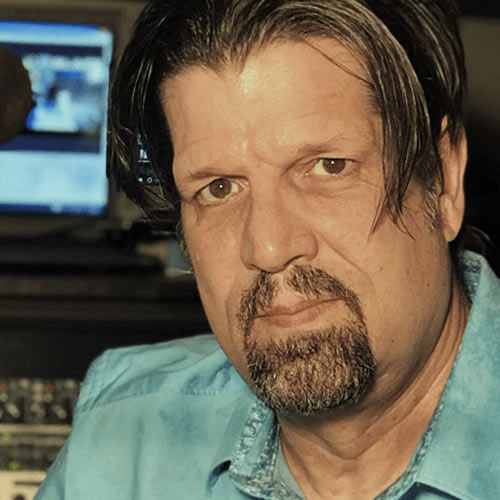 Fade to Black is a late-night long-form conversation talk show with a style that is a throwback to the old days of overnight AM radio with hosts like Long John Nebel – open conversation with only the very best and brightest guests covering UFOs, ghosts, lost civilizations, secret governments, agendas, time travel and alternate realities. The difference? Fade to Black reaches out to the next generation with a fresh take on the world around us. Hosted by Jimmy Church, the show is live weeknights from 7-10 pm PST. Jimmy is also a guest-host on Coast to Coast AM with George Noory and appears on History Channel’s Hangar 1: The UFO Files, Time Beings, and is the host on a brand-new series for History/A&E that premiered internationally in the fall of 2019, called Breaking Mysterious.

Game Changer Network is a platform for Knowledge and Research to expand and unite our community, and bring together those who seek to improve the Planet, the Self, and the World.

Jimmy Church is the host of FADE to BLACK, a nightly talk-radio show that is broadcast live 7-10pm PST on the Game Changer Network on IHeart Radio and syndicated on KGRAdb the Planet. The show is broadcast out on every major live internet stream including: Spreaker, Live 365, TuneIn, Shoutcast, Icecast, Voscast and Talk Stream Live. F2B is one of the biggest and highest-rated shows on the internet and is a traditional late-night long-form conversation program with a paranormal/UFO/conspiracy format.

FADE to BLACK covers everything from UFOs, time-travel, lost civilizations and fringe science. We have only the biggest, best and brightest guests on the show and our standards are very, very high.

FADE to BLACK is the largest in the genre and we continue to grow our audience through a very dedicated social media presence via Twitter, FB and YouTube.