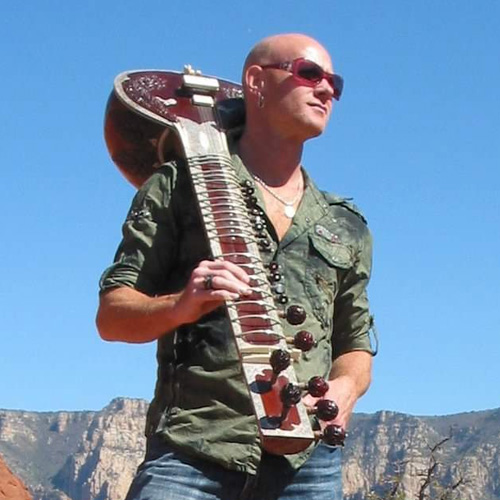 Rama is a multi instrumentalist specializing in sitar music/sonic alchemy. He's been performing music since age 9 on guitar and performed up and down the west coast for decades. His career has brought him from heavy metal to industrial and dance/world music, having toured and performed in Europe and Asia. Most recently, Rama created the multidimensional "Sonic Geometree" soundbath experience based on sacred geometry wherein the listeners are placed within a hexagonal surround sound set up for blast off...His most notable work as of late is the sitar music created for Ayahuasca ceremonies found on Ayatunes Volume 2: "Deer Magic".