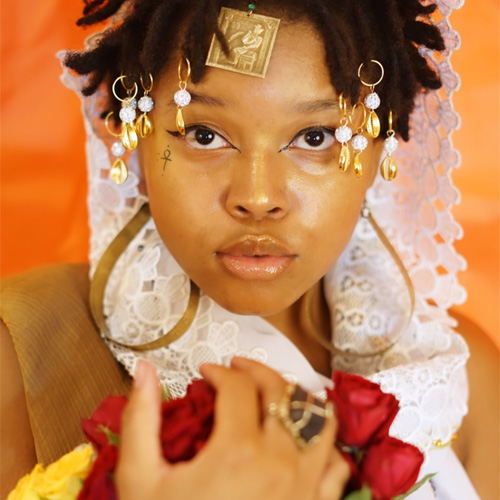 A Channel. A Portal. The Goddess. Lavva is the voice of ancient healers. Originating from Philadelphia, PA, Lavva began her music career in 2016. Her sound is a fusion of R&B, HipHop and Alternative infused with higher consiousness and loving intentions. Her debut album "Kilauea" has accumulated over 500K+ streams worldwide, in which her single "Citrine" was featured on Joe Kay's Soulection. Her missions earthside include reminding her listeners of their GodSelf, reclaiming her lineage's sacred imagery and spirituality and land, and diving deeper into her connection with Source through sound.