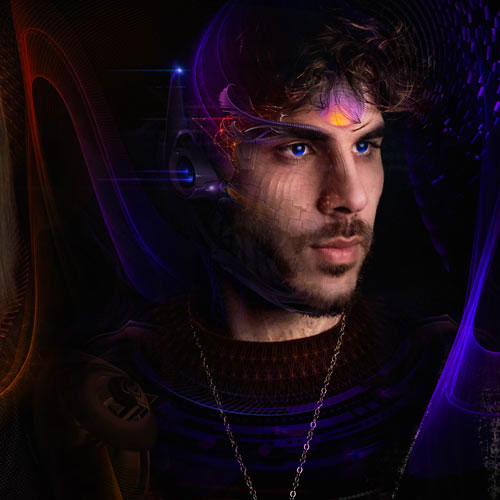 QUANTUM HARMONIX is a unique sound-based meditative and healing technology. The powerful tones produced are incorporate natural fluidity & movement, and have been shown to have profound effects on the mind, body, consciousness of an individual. Q.H. sounds are designed to lead one through an effortless and powerfully restorative meditation experience invoking relaxation, and expanded creativity, while improving sleep quality and productivity, while decreasing stress. The music is layered live and explores acoustical phenomena, white/pink noise, low-mid-high range frequencies; all folded into a tapestry of real time musical compositions.

TORKOM JI is a sound healer and electronic music producer from Los Angeles. He has been facilitating group sound healing experiences since the summer of 2012, and has provided deep meditation and rejuvenation for thousands of people using his unique and powerful modality. His sounds have been experienced and at various therapeutic sound spaces at many festivals including Burning Man, Lightning in a Bottle, Lucidity, Shakti/Bhakti Fest, and more. Birthed from his studies of music, vibration, energy and the practice of meditation and martial arts; Torkom has mastered and perfected a system that is known to put people in very deep states of consciousness with little to no effort. Torkom weaves sound-waves and harmonics live using a synthesizer in 432 Hz tuning. Through the natural movement of these sounds, deep rest is achieved and the bodies own intelligence facilitates an elevated level of healing. He is the former resident sound meditation lead at Full Circle Venice, and Source Spiritual Center. He currently practices out LA's top studios such as the Den Meditation, Unplug, Continuum movement, and more. Torkom is also a sound designer and his work has been featured in apps like Inscape, Mindbliss, Neuroexplorer VR, and Kargoe.